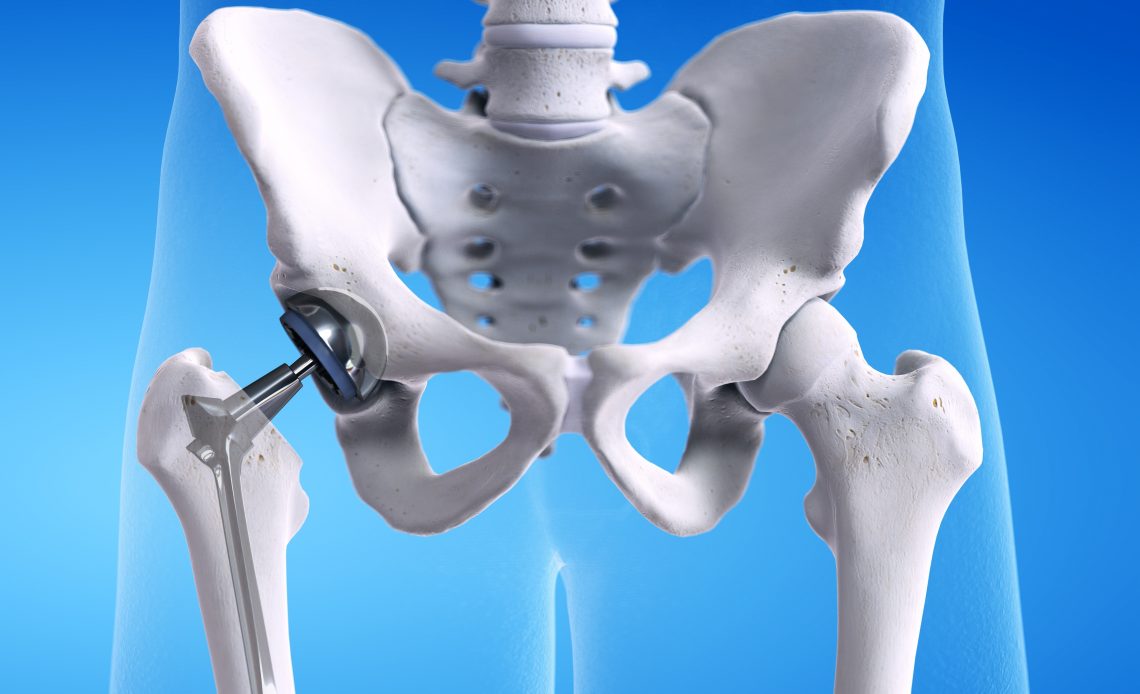 What is a hip replacement?

Hip replacement surgery consists of the extraction of the thighbone (Femur), which forms the hip joint. The implant used to replace the Femur consists of cobalt and chromium alloys, or titanium instead of stainless steel. The hip is a ball-and-socket joint. The ball is the Femur’s head, which rotates in the socket called the acetabulum, a part of your pelvis. The ball moves in the socket, allowing your leg to rotate and move forward, backward, and sideways. A hip dislocation occurs when the Femur slips out of its socket in the pelvis. Hip surgery is necessary to treat the stiffness and pain, as a result, of hip arthritis, which can be very painful if not treated. An arthritic hip treatment requiring hip surgery is a standard procedure in elderly persons whose lifestyles are dramatically changed because they become disabled and non-ambulatory. The hip often is broken by falls in the home, sports injuries, or a deformed hip due to disease or a genetic disorder. Other than surgery, an arthritic hip may also receive treatment by anti-inflammatory drugs and physical therapy.

What are the risks of surgery?

A significant risk is that the replacement surgery’s artificial joint only lasts from 10 to 20 years, on average.

The risks related to hip implant surgery may rise to the level of negligence. Negligence is a particular type of legal action that compensates an injured person that is unreasonably injured. These risks have resulted in hip implant class action medical malpractice lawsuits. medical malpractice lawsuits. Before you run out and hire an attorney, your attorney needs to know what the doctor explained to you about the surgery’s risks and benefits and the surgery’s known complication rate.